To merge series from diﬀerent studies:

The order of selecting series is important. The ﬁrst (basic) series of images is located behind the second series in the ﬂat image view window. The volume model is based on the ﬁrst series, and even if the second series covers a larger volume of tissue, only those images are used in the reconstruction, the location of which is the same in both series, and the others are ignored. 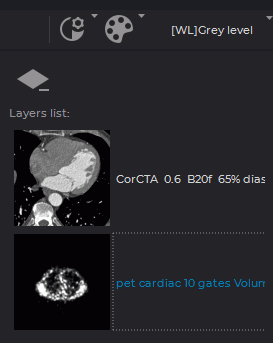