Click the Switch navigation mode button and select one of the four view modes:

To move orthogonal planes, click the left mouse button at the point you want to move the planes to, or move the mouse, holding the left button. When the button is released, the position of the planes is fixed. To rotate a plane while maintaining orthogonality: 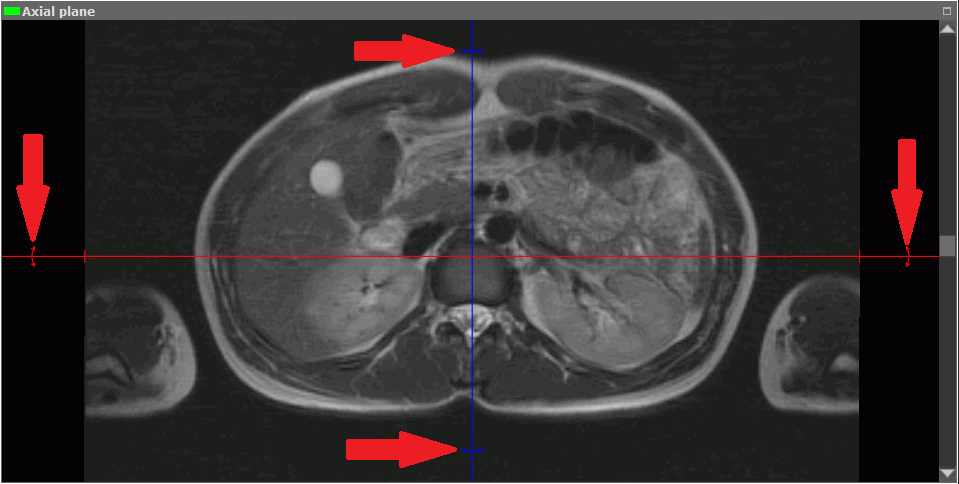 To rotate a plane without maintaining orthogonality, follow the steps above, holding the Shift key while performing the step 2.

To undo the rotation of all planes, click the Undo rotation button on the toolbar

. Note that all the other view changes will be undone as well.

5.3.3 Working with Planes in the Cutting Plane Mode

The DICOM Viewer allows you to move planes one by one in the image view modes. To do this:

Scroll the images in some window to see how the target plane is moving in the other windows.

For convenience, zoom the image in and out by rolling the mouse wheel, holding the Ctrl key.